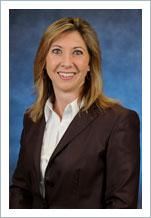 Ms. Yearick has been with TR&P since her Delaware Bar admission in December 1997, and was named partner in January 2002.

In 1997, Ms. Yearick received her Juris Doctor from Villanova University School of Law, where she was an executive committee member of Moot Court. She was admitted to practice law in the State of Delaware in December 1997, and in the State of Pennsylvania in February 1998.

Ms. Yearick is rated under Martindale-Hubbell as “AV Preeminent” in legal ability and ethical standards, the highest possible rating by her peers and judiciary. She has been named in Delaware Today Magazine as a Top Lawyer in personal injury defense. Since 2012, she has been named in Philadelphia Magazine as one of Delaware’s Top Attorneys in civil litigation defense. She is a current Fellow in the Trial Lawyer Honorary Society of the Litigation Counsel of America (LCA), which is by invitation only and composed of less than one percent of American lawyers based on their accomplishments in trial and appellate litigation and ethical reputation.

Ms. Yearick is currently the appointed Chair of the Delaware Supreme Court’s Board on Professional Responsibility. Before that, she was appointed by the Delaware Supreme Court to its Commission on Continuing Legal Education (2004 to 2007) and the Preliminary Review Committee for attorney and judicial disciplinary matters (2007-2013). Ms. Yearick serves on the Program Committee for Delaware’s Workers’ Compensation Inn of the Court, and is an appointed member of the Committee on Nominations of the DSBA. She currently serves on the Steering Committee of the Vincent A. Bifferato, Sr. Superior Court Trial Practice Forum, as both coordinator and speaker. In 2012, Ms. Yearick was selected to be a member of the Claims & Litigation Management Alliance (CLM), comprised of national and international corporate and insurance litigation officers and claims managers and their appointed defense attorneys.

Ms. Yearick is also the appointed co-chair of the Delaware Supreme Court’s state courts Rules Subcommittee, as well as an appointed member of the Delaware Superior Court Civil Rules Committee. She was also selected to serve on Delaware’s Medico-Legal Society, which is a committee of prominent Delaware physicians and lawyers that work with the DSBA and Medical Society to create cooperative measures and codes of ethics between litigation lawyers and medical personnel.

Ms. Yearick is a frequent lecturer on workers’ compensation and trial and civil litigation practices, and she is an annual speaker before new Delaware Bar admittees on the topic of meeting the personal injury defense client’s needs.